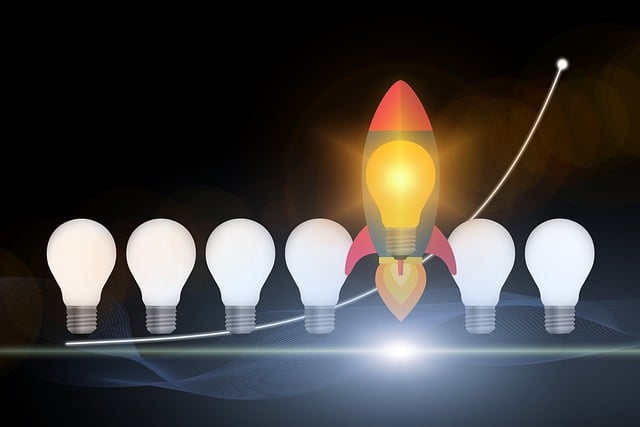 The word startup in modern discourse sounds almost like the word revolution. We are talking about the positive connotation of this word. When someone tells us about a startup, we imagine a young person, a scientist (often in a white coat) who is researching something to make a revolution in this or that field. Actually, such stereotypical thoughts about a startup are surprisingly quite close to the truth, except for the white coat.

Indeed, startups are always about revolution, always about research, and in most cases, about young people looking for solutions to problems that hang over humanity and that cannot be solved in traditional ways. However, unlike revolutions, if a startup is well thought out from a business point of view, it is possible to do without victims and even become rich and beloved by society. After all, successful startups do not leave the world as it was before. Startups are the ones who change the world for the better. However, unlike other philanthropists, their impact can be calculated and quantified.

So, let’s consider the most popular startups today:

Today, scientists in this field focus their attention on our DNA, which allows us not only to delve into one’s own genealogical tree but also to understand ourselves. Knowing about each person’s DNA will help to understand how to eat, sleep, treat themselves more effectively, and even what skin cosmetics to use. However, there is a dangerous tendency to want to change DNA to suit human needs. In practice, this means that social narratives will be the factor that will produce our biological modifications. In practice, this means that people whose principles were formed by society (and most of them are not deviations, but rather the norm from the point of view of sociology) will allow the same society to shape their bodies. We hope this will not happen and that science will contribute to the fact that we will express ourselves and not be an empty mirror of society and its narratives.

2. An invention that will knock out tobacco products into the past

We are talking about an invention not today. The appearance of this invention took place almost a quarter of a century ago. We are talking about electronic cigarettes. We are talking about them today because they are modifying and improving at an unprecedented speed. Today the old and ineffective electronic cigarettes have been replaced by the nicotine-free vape pen. Non nicotine vape currently occupies a larger share of the market than tobacco products. This state of affairs is not related to the fact that tobacco products are under more pressure from the controlling state authorities because even nicotine-free vape has been subject to no fewer bans.

The secret is that no nicotine vape not only occupied its market segment but also took a good chunk of the market away from traditional cigarettes. It demonstrated itself as an effective means to get rid of smoking. Thanks to these devices, many people got rid of nicotine addiction. It was the moment when advertising was not only an enticing factor but demonstrated the true properties of the device. Users have confirmed them.

Advertisements for cigarettes could not promise something like that. Even more so could not have good customer feedback other than liking the taste, in which “nicotine free vape” had and still has an obvious advantage. The popularity and effectiveness of vaping began to attract many startups. This has helped devices to bypass restrictive laws and become one of the most successful business sectors today.

3. Caring for the environment

If earlier people were interested in how to squeeze everything possible out of the environment. Today, they wonder how to return to the moment when the negative impact on nature will be reduced to zero. This industry attracts startups for various reasons. For some, it is important from the point of view of philanthropy and care for future generations. Someone may have felt the negative consequences of environmental pollution, and that is why they decided to fight it.

By the way, this was the case with the invention of the nicotine-free vape pen. The father of the inventor of the first electronic cigarette died from smoking tobacco cigarettes. This became the impetus for the young researcher to invent something that would rid people of this habit. Therefore, you should not underestimate this type of motivation and say that someone came to their senses late. But rather ask yourself what good you have done to overcome this or that evil for humanity. However, in the case of environmental startups, there are other types of motivations, such as income. It becomes easier for startup funding. This type of startup is perhaps still popular. Despite the innovator’s motivation, in case of success, he will receive not only financial encouragement but also social recognition. After all, this issue is timely. 77% of people think about how to make their routine more sustainable.

Another trend of modern startup is speed. This trend is set by consumer demand. If earlier people did not calculate the value of time, today it is not the case. After all, every consumer understands that if the product or service is delivered later, it will cost more because the absence of the desired product means the absence of the necessary efficiency. We are not talking only about production goods but also about goods for recreation because the effectiveness of work depends on effective recreation. That is why many customers are willing to pay more for the same product and receive it earlier.

In addition, even though in the end, it happens that people use the saved time by procrastinating, yet the fact of the social narrative that time is money means that a person is ready to pay more for a faster mode of transport, for faster delivery, for faster production of documents, for faster access to books, movies… Therefore, despite the effectiveness of time saved, speed is a trend followed by startups in various industries. Sometimes this speed leads to a love of disposable products that threaten the environment and create jobs for the previous type of startup, namely those who fight to preserve the environment.

Today’s marketing is marketing 5.0, aimed not at targeting certain groups of society but at targeting everyone in particular. What does this give successful entrepreneurs? Such attention to the client gives him the understanding that a better product that would suit him in terms of its characteristics and price cannot be found. Even though personalization costs entrepreneurs more in the long run, they benefit because it is precisely what makes the customer return to this service. Even though such vigilance to the client, which relies more on Big Data, is currently the most popular direction for young startups, it should be understood that the economic model where demand dictates supply is a thing of the past. This is the first signal about the danger of big data in the hands of marketers.

This state of affairs has already led us to real scenes where people’s purchases are not determined by their choices. In a world where one of the highest values is freedom, today, it can disappear. Therefore, today it is more important than ever that states adjust and finance startups that will not limit people’s freedom because if they do not invest in this, then tomorrow, states that represent and guarantee freedom for their citizens will become hostages of large corporations.

So, as before, this or that industry can be useful and, at the same time, harmful to society. If you are thinking about which startup to invest in or in which industry to open your startup, remember that it should be for people and not against people. Whether you’re starting a delivery company, developing the newest nicotine-free vape pen, or have the opportunity to change humanity’s impact on the environment on a large scale, remember that at this very moment when launching or investing in a startup, you can fundamentally change the history of mankind fundamentally. Therefore, be responsible in your choice.