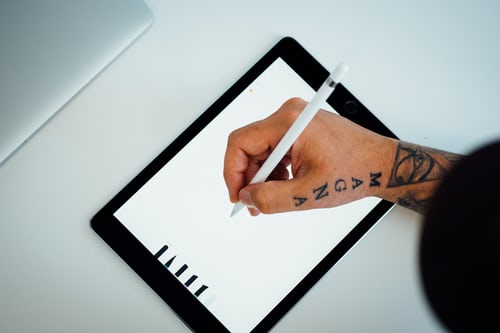 In this article, we will consider how to generate a paystub for 1099 independent contractors. Let’s get started!

The number of self-employed people in the United States is rapidly increasing, and it’s not surprising at all. But, seriously, how could it be? There are just so many perks that come with being your own boss and making important job decisions for yourself.

However, being your own boss also comes with some challenges, one of which is generating paychecks and other financial documents. Naturally, companies take on this responsibility for their staff, but independent contractors don’t have this luxury and usually have to do this themselves.

Who are independent contractors?

Before we get into the crux of the matter, it makes sense to define who independent contractors are. It may seem very straightforward, but it really isn’t.

Independent contractors are workers who work for companies but are not full-time employees of the company. While the company recognizes them as valuable workers, all that exists between them is a contract to do a job, typically temporarily.

As such, these companies usually don’t offer several of the benefits they offer their own staff. The contractors, too, are wired to work and move on. It’s a win-win for both parties.

What are pay stubs?

The next point to iron out is what pay stubs are. A pay stub is the part of a paycheck that shows how much money employees were paid by company. Pay stubs, also known as payslips, are usually attached to the paycheck.

Aside from the employee’s wages, pay stubs contain deductions for a specified period attached to a paycheck. The pay stub also contains other essential data, like hours worked, earning type, and, of course, taxes.

We’re sure you’re thinking, ‘what’s the fuss about pay stubs and why do 1099 independent contractors need them?’ Well, easy. The IRS demands it. It’s that simple. Really, the IRS demands all individuals earning money through other means aside from standard employment or traditional forms document their earnings on a 1099 form. And trust us when we say you do not want to go against the IRS.

Pay stubs can be used as legal proof of income. Which means they are admissible in banks, loan centers, courts, basically everywhere. Lenders, in particular, always demand proof of income before approving any loan. This is to ensure the person asking for the loan can pay it back when due.

The pay stub an independent contractor generates is just as detailed and certified as the paychecks employers provide their employees, but only if done rightly.

The 1099-MISC form, also called the 1099 miscellaneous form or simply 1099 form, is an informational form that covers a broad range of payments over a specified period. The form usually includes all of the extra earnings of an individual, aside from salary and wages, including prizes, royalties, awards, and a variety of payments.

You can fill out the 1099 form online easily through certain generators. Generating a pay stub using a generator will take less than five minutes, and that’s stretching it. Thank you, technology. One of the better pay stub generators you will find online is PayStubsNow.

While the actual filling-out process is easy, you still need to ensure you have the right information at hand. And before you ask, the information required of you include:

There are typically many templates to choose from on 1099 online forms. To be honest, it doesn’t really matter so much which you choose, as long as it looks professional and contains all of the necessary information.

Once you have all of this, you need to download the pay stub. You can also print or email it if you like. And just like that, you have a pay stub. You need to print enough copies to send out to the required parties, which include the IRS and State Tax Department. It also makes sense to have some copies at hand for record-keeping.

Payments to exclude from the 1099 form

Not all payments have to be reported on the 1099 form, even if they are taxable. No, you’re not going to get into trouble with the IRS if you don’t record them on the 1099 form, as long as you record them on the W2 form. We really don’t want to bore you with tax documents, but 1099 independent contractors need to understand all of these intricacies to avoid legal issues.

The 1099 miscellaneous form is one of the legal proofs of income for 1099 independent contractors. They can be easily generated through several online generators as long as the contractor has the right information to fill in the forms. After generating them, the pay stubs can be printed and stored or sent to the necessary parties.

Tech Moths always bring new ideas for viewers so that can make their home more lively and beautiful. If you think, you need some help then it is the right time to get some unique ideas from our website.