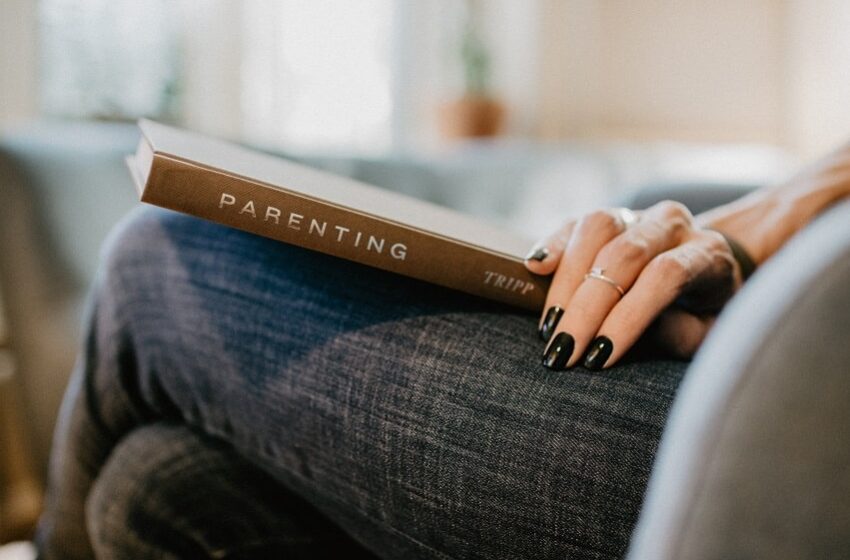 The consequences of the parenting style that we apply with our children can last a lifetime. Therefore, we must educate in a conscious and informed way.

Being a parent is one of the most demanding tasks in the world. Therefore, each parent tries to do the best they can with the tools available to them. Most are based on what they know (their own experience as children) and try to repeat or modify their patterns. However, whether they are aware of it or not, all parents end up adopting one of the four parenting styles that exist.

Parents frequently struggle to identify how to raise psychologically strong, well-rounded, and successful children because children do not come with manuals. Some parents are harsh, while others are gentler. Some are wary, while others appear unconcerned.

If you’ve ever wondered, “What kind of parent do I want to be?” It’s helpful to know the foundations of different parenting styles.

Each parenting style has a unique influence on children’s behavior and can be distinguished by specific characteristics such as responsiveness and demandingness.

To shed a little light on the dark, we have taken a closer look at four parenting styles. We summarized the various characteristics as well as possible advantages and disadvantages for you:

The authoritarian style of upbringing

Authoritarian parenting is a strict parenting style. It puts a lot of pressure on kids who aren’t particularly responsive. When mistakes are made, they are typically punished harshly, and when feedback is given, it is almost always negative.

There’s a lot of yelling and harsh punishment going on as well. Authoritarian parents chastise their children for their mistakes while ignoring their children’s accomplishments. They anticipate that the child will obey them and not make mistakes. Their children, on the other hand, are usually good at following rules.

The authoritarian upbringing style is characterized by many rules, strict regulations that must be consistently adhered to as a child, and high expectations on the part of parents. Rewards or punishments are also typical features of the authoritarian parenting style.

Regardless of any imagined benefits of authoritarian parenting, being accommodating with your children is far preferable. Admitting you don’t know everything there is to know about parenting is the first step toward change. Obtaining as much information as possible about how to raise a child in the proper manner will help you become a better parent.

For the most part, the children have to submit to their parents and follow the authorities’ instructions. In the past, particularly, the authoritarian style of upbringing was often used to instill discipline and a sense of duty in the youngest children.

Features of the authoritarian parenting style:

Democratic parenting is defined by shared decision-making, mutual respect, autonomy, and accountability. When making family decisions, all members of a democratic family have a say. It creates a balance between autonomy, boundaries, and concern for the entire family’s well-being. ​

In contrast to the authoritarian style of upbringing, the children are given a few rules and, at the same time, given a lot of freedom of action. The aim of this educational method is that the personality of the children can develop freely.

However, this method of education is not free of any rules. Here, too, some certain rules and limits must be adhered to, but without restricting the child’s self-development.

It’s easier to stick to the democratic parenting paradigm when we keep these children’s needs in mind. We see how our children can connect, feel capable and brave, and have a genuine sense of belonging. Children that obtain the “Crucial Cs” are less likely to misbehave and act out since they are getting what they require. This keeps everyone in the family moving forward in the same direction rather than in separate ways.

The egalitarian style of upbringing

In the egalitarian style of upbringing, strict equality applies between parents and children. Thus no distinction is made between an adult and a child. A child’s opinion matters just as much as that of a parent or another adult.

In a household with an egalitarian parenting style, children are not required to submit to their parents. Your opinion is equally as valuable as your parents’.

Important issues are discussed in groups and determined democratically in the end. All members of the family treat each other with dignity and respect. Equal rights inside the family, on the other hand, can imply that choices are made slowly. If all worries and projects are aired in advance, both parents and children will require a lot of patience and time.

The egalitarian parenting method necessitates emotional maturity, which many younger children lack. They may struggle to fit in and accept established rules outside of the family.

An egalitarian upbringing, on the other hand, can help people develop good self-esteem. Children learn to speak up for themselves and defend their beliefs. Because they examine rules and norms before following them, they rarely become followers later in life. The egalitarian parenting style can be a strain for parents and educators because it necessitates a lot of patience and time. It’s debatable if it can be sustained in the long run, because younger children, in particular, still require a great deal of supervision before they can make their own decisions.

Features of the egalitarian parenting style:

Advantages of the egalitarian parenting style:

Disadvantages of the egalitarian parenting style:

Translated, Laissez-Faire means “let it do”. As the name suggests, this form of upbringing stands for excessive tolerance and indifference on the part of parents. To put it hard, this method means that parents, by and large, leave their children to their own devices and only take on a very passive role as parents. With the laissez-faire upbringing model, parents also do not make any demands on their children and often approach them with aloofness.

Laissez-faire is a French phrase that means “to let people do whatever they choose.” When it comes to parenting, the word refers to a lenient approach in which parents refrain from offering direction and discipline, make no demands for maturity, and place few limits on their children’s behavior. Permissive parents allow their children to make decisions about mealtimes, bedtimes, and viewing television on their own.

Diana Baumrind discovered in 1989 that children with permissive parents are more impulsive, disobedient, rebellious, demanding, and reliant on adults. As teenagers, many of these kids struggled with self-control, academic performance, and drug usage. Baumrind discovered that the children who were the most well-adjusted and academically proficient had authoritative parents who were neither very lenient nor overly strict; these parents set acceptable limits for their children, were warm and responsive, and did not utilize harsh disciplinary tactics.

Features of the laissez-faire parenting style:

Disadvantages of the laissez-faire parenting style:

Of course, these are just different styles of upbringing for orientation and to be able to get a theoretical picture. You will decide on the instinct and depending on the right educational measure’s situation and let the best of the different educational styles flow into your very individual upbringing.