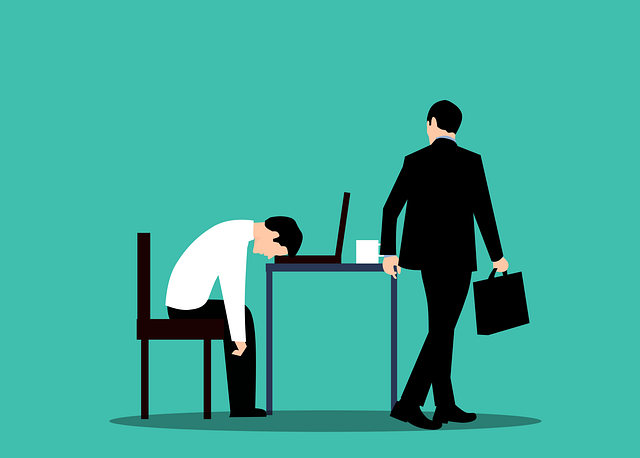 In the business world you always find yourself trying to innovate, create new things and experiment with ideas. You also expect the other companies to do the same. But as you can suppose, that’s not always the case. There are times when you encounter unethical business practices, and that’s unfortunately a part of our society. Whether we like it or not, there will always be people that try to take the easy road, and it may or may not work for them. Here is a list with some of the most common unethical business practices out there.

There are situations when companies are trying to bribe officials in order to receive the upper hand or just obtain better deals in their own industry. These things happen whether we like it or not, and it’s certainly the type of thing we need to take into consideration. It’s possible for these companies to try and offer financial benefits or a variety of other things in order for them to stand out on the market. Needless to say, this is not an ethical approach, yet a lot of companies choose to do it.

Out of all unethical business practices, this one is maybe the most common. Why would companies lie when it comes to their product capabilities? The reason is simple, it makes them seem better than competitors. Because of that, clients gravitate towards them and obviously it’s a much better thing for themselves. In the end, having the right claims is very important and you do want to back them up with data and proof. Without proof, it’s just a wild claim that not a lot of people will believe.

Inappropriate use of trade secrets

Trade secrets are important, they are keeping the industry alive and not everyone should have access to them. But there are some companies with unethical business practices that will focus on using those trade secrets just to harm competitors. Needless to say that’s an issue and something people should not do. Unfortunately it happens more than expected, but it really is one of those problems and challenges that arise within the industry. That kind of unfair competition is unlawful and certainly unethical, yet it still is quite common in many industries.

There are a ton of businesses doing this and they do it because they can. There aren’t a lot of laws when it comes to underpaying or mistreating employees. In many cases, these unethical business practices include things like forcing people to work long hours and just paying them the minimal amount allowed. And the governments can’t really do that much, because these people get paid the lowest allowed salary and thus the companies are not breaking the rules.

Another thing some companies do is they manipulate their accounting. There are many reasons why they do so, one of them being to show inflated profits and thus bring in more potential investors. Others do this in order to avoid high taxes, so there are certainly a lot of reasons why these things appear. It’s quite common especially in retail, but also in the case of some startups that may change the world. But more than 90% of startups fail, so there are people who use unethical business practices like this to try and gain the upper hand.

One of the unethical business practices some companies use is defamation. As the name suggests, this is a method that they rely on in order to pretty much cover their competitors in dirt. They do that via spreading false messages, creating fake accounts and so on. These misleading messages are spread online in order to hurt the reputation of a business, and that ends up offering these smaller businesses the advantage they need to stand out. Needless to say, this is a very bad way to do business, yet a lot of companies do it just to surpass competitors that would otherwise be very hard to touch.

There are many employees that deal with harassment and abuse and other stress at the workplace. Many times these things stem from the top. The reality is that sexual and even workplace harassment can have a very negative impact on a person, the way they think and their beliefs. That’s why it’s imperative to implement ways to stop any abuse, harassment and discrimination at workplace. Those people that know about this and lie do so in order to show that the company is indeed incredible and it works amazingly well. But as you can see, there are many things happening behind closed doors that make a workplace like this feel like a living nightmare.

Why are these things? These poor working conditions are designed from the ground up with a single premise, and that’s to generate massive profits without a lot of investments. In addition, there are situations where a worker will lack protective equipment for example.

Things get even worse if we are talking about any immigrants or people that are undocumented workers. Companies with unethical business practices will take advantage of that and underpay them, make them work way more than agreed upon, and it’s all because they can. They leverage the benefit of not having to do things legally and that becomes a problem for any employee.

There are times when some companies will end up hiding various terms just to ensure that people are hooked into a subscription or hidden terms without even knowing. Then when the person is obviously not ok with the issue in question, they point out the terms that they accepted. Many times, this is done to hook people into long term deals or just offering them a deal in front while they are locked in for a more expensive renewal in the long run.

While this type of unethical business practices is very common, it’s also difficult to remove them because they aren’t really illegal. People are not forced into these deals, and when they enter, they do so at their own will. Which is why it’s a major problem and quite difficult to get out of this type of situation.

You will notice that some companies use other unethical business practices like selling customer data. Whether we like it or not, these practices appear because people think they are rightful and the best thing they can do. Selling customer data is anything but normal, yet again these companies with unethical business practices will shift things to their advantage. They will make people sign they consent to data sharing (unknowingly), distribute it and make a profit.