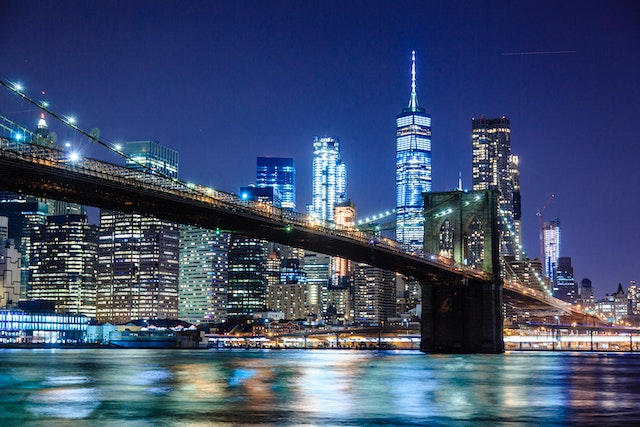 Moving to the US is a great idea and it’s filled with amazing opportunities. The problem here is that some cities are extremely expensive, way more expensive than the others you can find out there. Which does bring the question, which are the most expensive cities in the United States of America? Let’s find out today!

The cost of living in NYC is 137% higher when compared to the US average. The region also has a large unemployment rate of close to 5%. On top of that, everything from apartments to townhouses are super expensive, and you will find it very hard to live there even if you rent an apartment. The regular rent here is around $4.5k a month, sometimes even more. Also, the average home price in NYC is close to $.24 million. Even groceries are 44% more expensive than the US average, same with transportation with 18 higher prices. Plus, living spaces in the US in general are small, and Manhattan in particular houses around 71k residents per a single square mile.

Just like New York, San Francisco is quite expensive too. The city has been growing and growing all the time, mainly thanks to the numerous tech workers living in the region. On top of that, the fact that many high-paid jobs can be found here translates into high living and home costs. The average home value is $1.2 to $1.4 million. The unemployment rate is 2.2%, so much lower than NYC. On the other hand, living costs in general are higher when compared to the rest of the country. The average home income in San Francisco is $119k.

Washington prices are also quite a bit higher when compared to other cities in the country. The utilities and groceries are expensive, and the same thing can be said when it comes to mortgages and housing. The average home cost here is $620k, and rent costs are on the rise year after year. This is definitely very expensive and it’s one of the most important factors to keep in mind.

It might not seem like that, but Honolulu is also overly expensive. Groceries are 153% pricier there, and utilities cost 102% more. However the paychecks are not very high, which can be a problem for those that want to live there. The average household income in Honolulu is around $87k, however a home there costs $860k on average. Home values also go up 10% every year, so it’s safe to say that living in Honolulu is very challenging and certainly very costly.

Orange County in California is another place where you really want to think twice about moving if you have a low income. There are many celebrities and Fortune 500 companies here, hence the reason we have Orange County in this list. Home values in Orange County are over $1 million on average, even if the average income per home is $94k. On top of that, this is a very popular place for surfing, yet another reason why people gravitate towards it and homes here tend to cost a pretty penny.

Living in Los Angeles is obviously expensive, since it’s close to Beverly Hills, Hollywood and many large and successful businesses and celebrities live there. Home prices are $1 million on average, and the living costs here in particular are very high. The problem is that around 17% of the residents are living under the poverty line, more than the national average. So it gets worse and worse, which is exactly why you need to take that into account as much as possible. Even if Los Angeles is a great city with lots of opportunities, it does have a high crime rate and living here will cost you a lot of money.

Just like the other cities listed above, Boston does have high living costs. A home here is $744k on average, and on top of that the healthcare and groceries cost around $16% more. The city has a great tech scene, and on top of that the higher education environment is booming too. Moreover, there are plenty of historical sites in the region too, which really make this location thrive. The unemployment rate in Boston is around 3.2%.

Seattle is another city that’s quite expensive. A lot of people come here for the opportunities in many industries. The city itself is known for being the home of Starbucks and that it has a great grunge scene too. The average home value in Seattle is around $981k, but the unemployment rate is 3.3%, which is something to keep in mind. Despite the fact that it does have high living costs, people still gravitate towards Seattle because it’s a great city with lots of amazing things to do and places to see. Plus, the homes here are extraordinary and many of them come with amazing views.

Many cities in California are very expensive and Oakland is no exception. This city is a short drive from San Francisco, and it costs you around $981k to buy an average home in this city. On top of that, Oakland is ranked as one of the most expensive cities in the US when it comes to gas and groceries. However, the upside is that you are close to some of the largest cities in the region. There are plenty of amenities, but obviously the living costs show this is not a place for everyone. Yet it still manages to attract more and more residents every year, which is great.

San Diego is yet another Californian city in this list. Needless to say, many cities in California are expensive because there are plenty of business opportunities. You can buy a home here for around $837k on average, and the monthly rent is $1770. That being said, the costs of living are 60% higher when compared to the national average. What this shows is that most of the Californian cities are extremely expensive, and if you do want to move there, then you will have to pay a pretty penny.

We can’t have a list with the most expensive cities in the US without Miami. And there’s a reason for that, Miami is widely known for having a high cost of living. It costs you 23.1% more than the national average to live in Miami, and the home price here is $542k on average. That being said, the closer you get to the ocean, the more expensive it gets, and that’s certainly a thing to keep in mind.

There are plenty of expensive cities in the US, and these are by far some of the most expensive ones that you can visit or move on to. The reason is simple, even if home prices and living costs are high, these cities do have a thriving business world and they constantly push the boundaries when it comes to value and quality. That’s what makes them a very good option to take into consideration. Rest assured that all of these cities are well worth visiting, and if you move there you can access some incredible opportunities, such as starting a business, which makes them an ideal option!